The beginning of a journey through Aberdeenshire 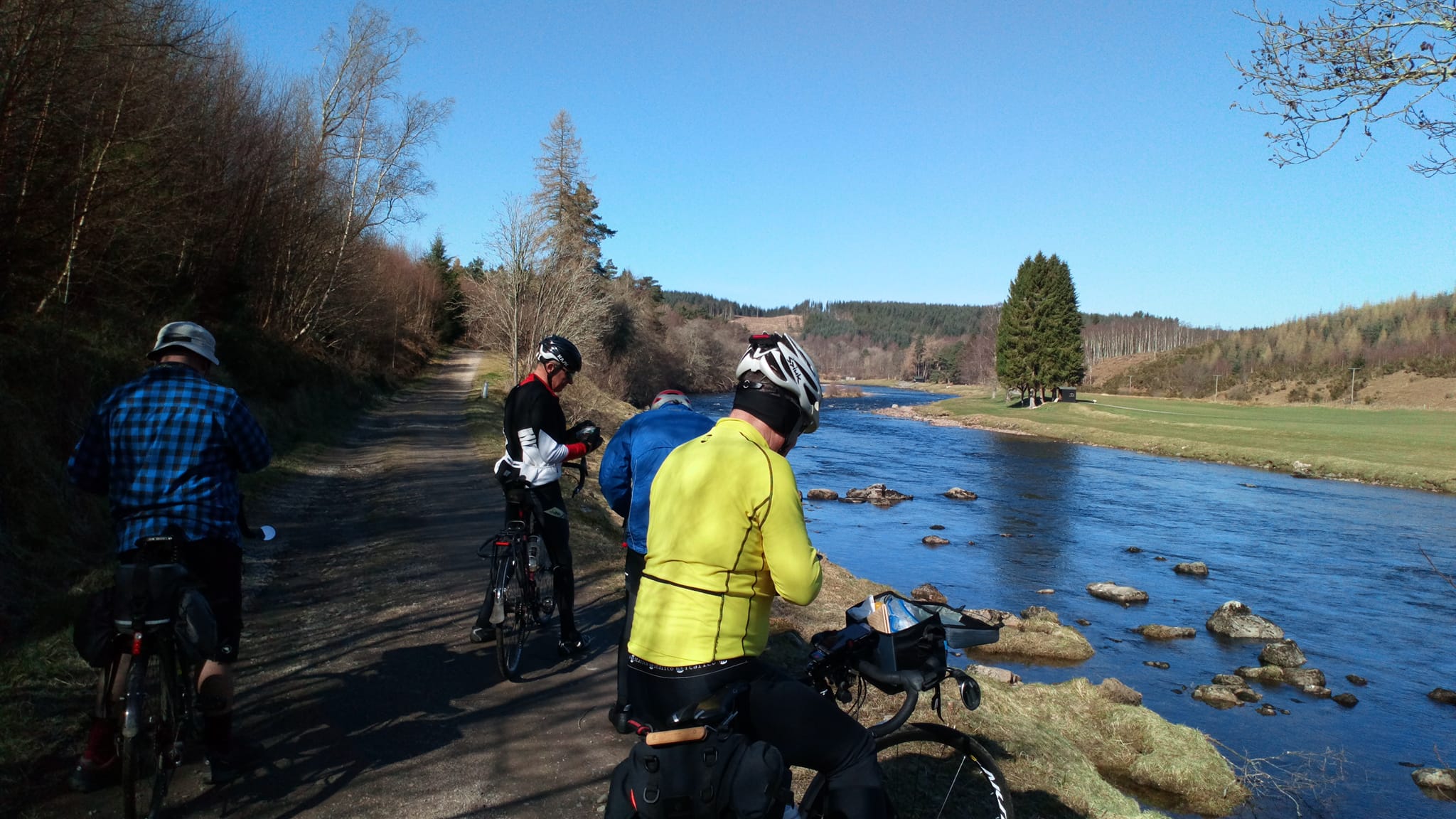 I dug my bike out of the garage about  8 years ago, an old purple raleigh.  I had been recommended to try a CTC ride so I contacted the Secretary and turned up for my first morning ride starting from the Torry Battery.  I was made to feel so welcome.  I felt safe in a group of experienced riders who took me under their wing.  Their knowledge of local routes was amazing and riding with the club has been a real voyage of discovery.

I started with the morning runs then as my confidence and fitness grew I moved on to Slow Full Day Runs, Medium Runs then the Faster Full Days.  My husband spotted a bike for sale on the noticeboard of a local supermarket which allowed me to be able to cycle a bit further.   It’s been upgraded since.

When cycling around Aberdeenshire you have time to take in the views, the colours and if you’re lucky spot some wildlife.

Head South and enjoy coastal roads, a picnic in the sun at the harbour in Johnshaven. Moving inland there is the lovely village of Edzell with it’s historic castle and Arch. Climb over the challenging Cairn O’Mount.  Stop at the top to catch your breath and enjoy the far reaching views. Bustling Banchory begins the journey west along Royal Deeside, beautiful whatever the season.  Heading North was an education.  A less explored area for me.  Gordon’s wobbly 100 ride took us all the way up to Fraserburgh, with lots of points of interest en route.

The more I cycled the further I wanted to go.  I was introduced to the world of Audaxes.  I helped out at a control at Strachan for the ‘The Snow Roads’,  a classic Audax that takes riders over the Cairn O’Mount to Banchory, the Cabrach, the Lecht then finally Glenshee before  finishing at Kirrimuir.  I saw riders of all  ages and abilities that day.  All sorts of bikes including a tandem.  I was hooked!

DIY audaxes have taken me up the coast to Pennan, where it took on a decidedly holiday feel by the beach.  The ‘Deeside Dawdle’ started at Peterculter and took a circular route through Royal Deeside up to Ballater.  Heading over Gairnshiel  we enjoyed stunning views before heading towards Tarland and back to Culter.  The Delechtable took us over the brutal hill ‘The Lecht’.  After a leg burning climb we were rewarded with breathtaking views and the downhill well deserved after the slog up.  The ‘Wild Grimpeur’ took a rather punishing route over Glenshee, Gairnsheil and the Lecht then back over again in reverse.  Believe me the views made all the climbing worth it.

We’ve had a few adventures off of tarred roads recently.  A route from Banchory to Potarch followed the River Dee before climbing through a wooded area.  Blue skies, sparking river views, dodging frogs in the woods.  A day exploring on the bike doesn’t get any better than that.